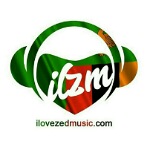 Both currently have 142K views today but it seems Macky 2 will have more views in the next few hours. This might be because Macky 2 has more subscribers than Slapdee on YouTube. Macky 2 beats Slapdee with 8000 subscribers.