Multi Award Winning artist – Roberto just shocked the Zambian Music Industry with his latest post on his Facebook page. The artist – Roberto is well known that he rarely responds of criticism and he rarely sends jabs at fellow artists.

The award wining artist – Roberto says Jay Rox stole his idea and also says Jay Rox should consult people before getting other people’s ideas. Before the release of the song ‘King”, Jay Rox posted the photo below where he received so much social media backlash. 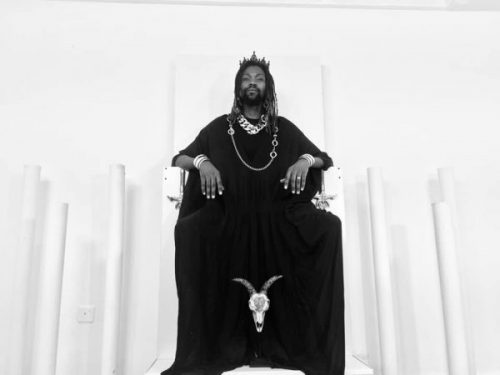 Below is the video by Jay Rox – King.

However the photo is said to have been just a marketing strategy for his song “King” which was later released. Today, Roberto posted a similar photo and slammed Jay Rox for stealing his idea. Check Roberto’s post below. 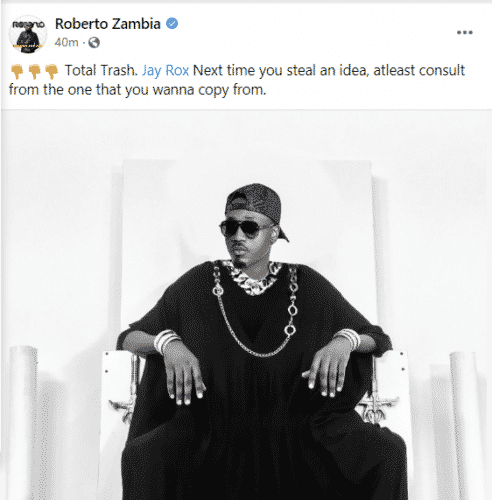 Roberto also has a new song tagged “Lights Down”. Watch It Below.

Roberto explains everything that occured before he jumped to the conclusions that Jay Rox stole his ideas, Watch Below.