Well Pat B has his own mission and that is to preach the gospel to all nations and as well as helping others to grow in gospel life. Apart from his music, Pat B is friendly cool guy loved by God and everyone and his puting God first in everything and his family and in his family he is the first born. He believes to bring people to Christ with gospel music with God’s help and talking about pat B. He is very kind to people, he likes children, he believes to help the youths to bring them to Christ and to let them know how God loves them. ok here now his favourite things the first thing is the verse Psalms 35:1 which says Plead [my cause], O LORD, with them that strive with me: fight against them that fight against me. 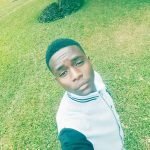 Pat B believes that he has no power to fight others but he knows that God will fight for him and about his friends in a group called widauc they are friends for a long time since 2013 we’ve been going to the same Church until now, named lamp light Bible Church and his apostle blessings daka his the one who lead pat B to Christ that was in September 19th 2016 that’s when pat B knew Christ and I still live up to what he has done for my life thank you Apostle Blessings.

The I Love Zed Music Team Wishes Pat B All The Best In His Music Career.

Tags
Pat B pat b biography