Well, we dont know what has been going on between the two artists – Chef 187 & Krytic in the background. One thing is certain, both artist don’t seem to have a close relationship. In his recent tweet, Chef 187 says Krytic has been talking about him in public despite him being blocked by Krytic on twitter for years.

Chef 187 also says Krytic’s latest series of actions all shows that his a frustrated person. See Tweet Below! 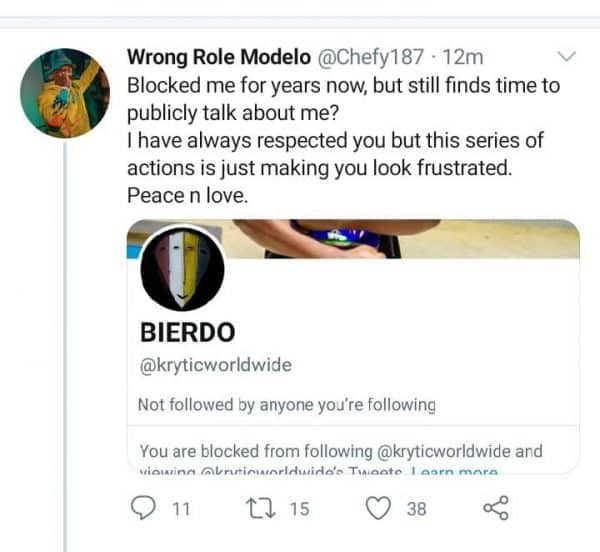